Phobias are very common and affect up to 15% of the population. And phobias will include general fears around socialising (social phobia), around leaving a safe home space (agoraphobia) to very specific phobias – of dogs and cats and spiders, of flying and heights and driving on motorways, of presentations and performing and exams, to list just a few. What is important to realise is that in pretty well every case of active phobia, the same general factors are at work.  And when phobic fears are cleared away then the opportunities for a better and fuller life are immense. With phobias removed – doors will open up to a fuller and richer life. Truly, a light will appear at the end of the tunnel.

Phobias are posthypnotic responses and so can best be removed using clinical hypnosis.

We need to be fearful in order to be protected against the dangers and vicissitudes of the life we lead. But what will happen in some cases is that a general watchfulness will be transformed into a specific fear and this fear will stay active and open to the primitive flight and fight part of the brain. What has happened is that a specific fear has been cemented in a trancelike situation of total focus on the original scary situation – around dogs, heights or motorways et cetera?

Now the crude limbic system which is activated in this trance situation is not the sharpest tool in the box. Think of it like a security guard looking at an array of TV screens and there is only one action he can take if he sees something that concerns him – namely to press a big red panic button as hard as he can.

And what might he see on the screen that worries him? Well it will be anything that even vaguely reminds him of that original trance situation he experienced before, however many years ago it was. So maybe he was attacked by a dog as a little boy. Or perhaps he fell off a roof when he was a teenager playing around. Or perhaps he saw an accident on a motorway. Or perhaps she experienced a feeling of panic and entrapment on her first airplane trip. Or perhaps it was a panic attack at the local supermarket. All of these and more will be sufficient triggers that activate flight fight automatically as the security guard presses a panic button again and again and again.

And the consequence of this ever present fear of activation of the limbic system is to add to anxieties and fears and caution and restriction. It really becomes a self-feeding cycle.

My Feel Better counselling provide treatment for phobias  in East London has the skills and experience in the use of clinical hypnosis to deal with most phobias quickly and efficiently. By using hypnotherapy, it is relatively easy to take away the trauma memory in the limbic system. My east London counselling practice is based on the Human Givens approach which teaches trance methods of de-traumatising as well as all the tools and experience is needed to identify the original memory clearly and efficiently and then to help get your life back on track. 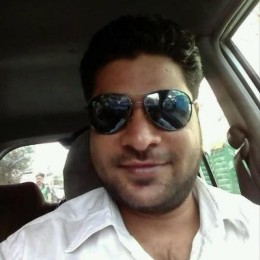 Amit Sharma News Reporter
Me (Amit Sharma)is an all-time professional Writer and very honest sincere and up-front blogger. In general, I try to blog up-front and honest, without being argumentative or confrontive. I take care not to offend, but sometimes, I just want to bash intelligence into some brains.

AbermotZem - How to Get Rid of Vaginal Odor Fast and Effectively

AbermotZem - How to Get Rid of Vaginal Odor Fast and Effectively

Welcome Everyone Thanks for checking out my writing blog . My name is Rufus Laing....